TL;DR — 4 multimillionaire creators. 3 strategies to build their audiences and make money online. Contrarian advice from entrepreneurs on top of their game: Go niche, be yourself and have fun in the process.

Contrary to popular belief, it’s easy to make money online. You just have to start.

But to go from making hundreds to thousands to millions, well… that’s another story.

These 4 creators built their audiences based on 3 principles that fly in the face of traditional business advice. Go niche, be yourself and have fun.

Tiago Forte began writing online out of frustration. As an avid user of the notetaking platform Evernote, he hated how people used the app.

He wrote an article titled, “WHY THE TAGGING CONCEPT IN EVERNOTE AND EVERYWHERE ELSE SUCKS.”

To tag or not to tag. That is the question… For literally only hyperdetailed Evernote users.

Forte went niche and built an audience of Evernote fans.

When he realized he tapped that market, he established the framework of “building a second brain,” helping internet users like us document, categorize and use all the information we consume online.

From Evernote notetakers to internet users. Quite the shift in audience.

BONUS: Ali Abdaal is one of the most successful YouTubers on the face of the planet. At first, his content attracted aspiring doctors. That’s right. Abdaal made content to help people ace medical school exams.

First, go as specific as possible. Capture an audience. Then you can expand to grab more of the market.

2. Be yourself. Your audience will gravitate to your personality

Ann Handley is Ann Handley. If you don’t know her, I’m sorry. Her website reads, “If you think business books are dull, you haven’t read one of Ann’s best-selling books.”

Founder of MarketingProfs and writer of entertaining books on writing and marketing, Ann is unabashedly herself. Always.

Ann helps content marketers write in their own voice. And boy, she practices what she preaches.

A common mistake creators make is to impersonate someone else. The reason people like you and listen to you is because you’re you. You’re not someone else. This is how you stick out as a creator.

Don’t try to be someone else.

3. Do stuff that excites you. Optimize for fun. Money will follow

Sam sold hot dogs outside a reality TV star’s studio on the streets of Nashville.

A few years later, he was living in San Francisco and organized conferences with startup folks, tech people and successful entrepreneurs. The people he himself wanted to network with.

Sam eventually founded The Hustle, a daily newsletter for the layman about business news. Written in a fun, casual tone, The Hustle was one of the first email newsletter media companies to reach one million subscribers.

Just five years after The Hustle’s first edition, HubSpot acquired the newsletter and Sam’s podcast My First Million in 2021 for an untold amount. (Rumors are it was tens of millions.)

Parr did things that interested him. From selling hot dogs under the mentorship of a TV star to organizing conferences for people he wanted to be in a room with.

These success stories are about doing the right things. But these multimillionaires would be the first ones to say, you just have to start. Then worry about optimizing over time.

Did you learn something?

Share this article with someone who would benefit from it. Or if you didn’t learn anything, tell me what you’d like my thoughts on. 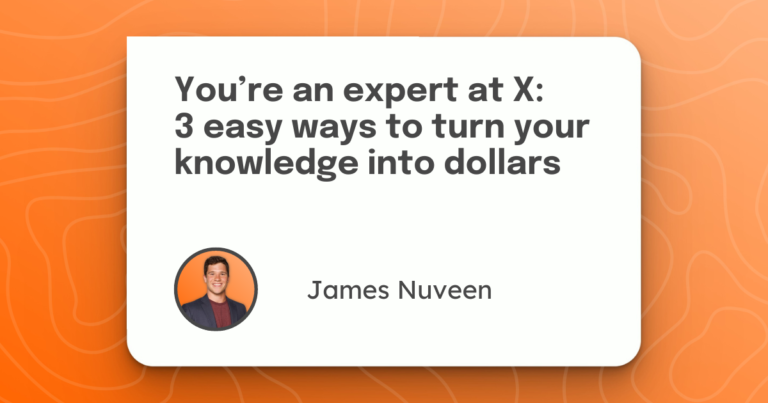 You’re an expert at X: 3 easy ways to turn your knowledge into dollars

You’re the top 1% in your field. It’s time to turn your expertise into dollars. Not by trading time for money as a consultant or freelancer. But by building monetizable products and selling them to your audience. 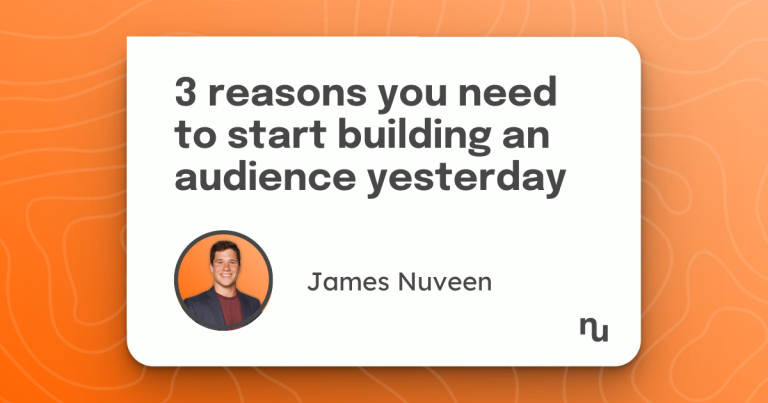 3 reasons you need to start building an audience yesterday

The attention economy is here to stay. The winner will get the most attention, maintain it and convert it dollars and cents. Building an audience is the first step. 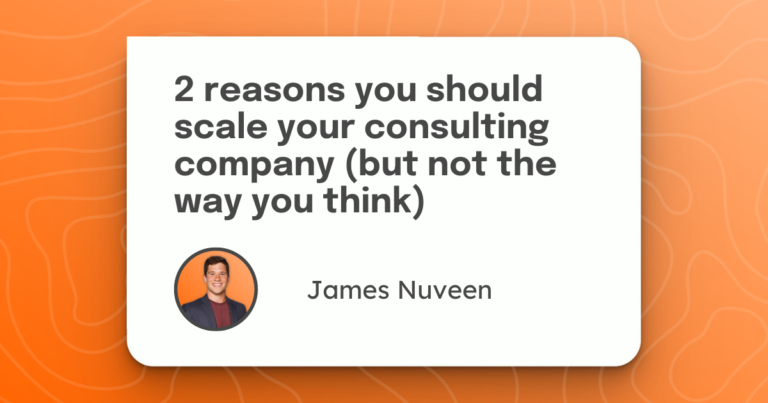 This is why you should scale your company. But not the way you think you should. Stop trading time for money (your two most precious resources). Start building an audience.

Turn your expertise
into dollars